Canada’s East Coast is a vast, rich and culturally diverse region and you can experience the best of what the area has to offer with One Ocean Expeditions. The ‘Fins and Fiddles’ and the ‘Labrador and Torngats Explorer’ expedition cruises we operate take travellers on immersive journeys to three distinctive provinces, four National Historic Parks, one Nature Reserve, two UNESCO World Heritage Sites and to top it all off: a visit to a French island.

A highlight of the ‘Fins and Fiddles’ voyage was a rare opportunity to visit Sable Island and its celebrated wild horses. A UNESCO World Heritage Site and Canada Nature Reserve, Sable Island sees less than 500 visitors each year, and we are one of the few to gain a permit for access. Voyage guests in 2019 participated in the first-ever landing on the south side of the island by an expedition ship and were then treated to an in-depth tour by a Parks Canada representative. Guests were ecstatic to spot a great number of feral horses as well as seals, seabirds and an array of historical artifacts along the beach. 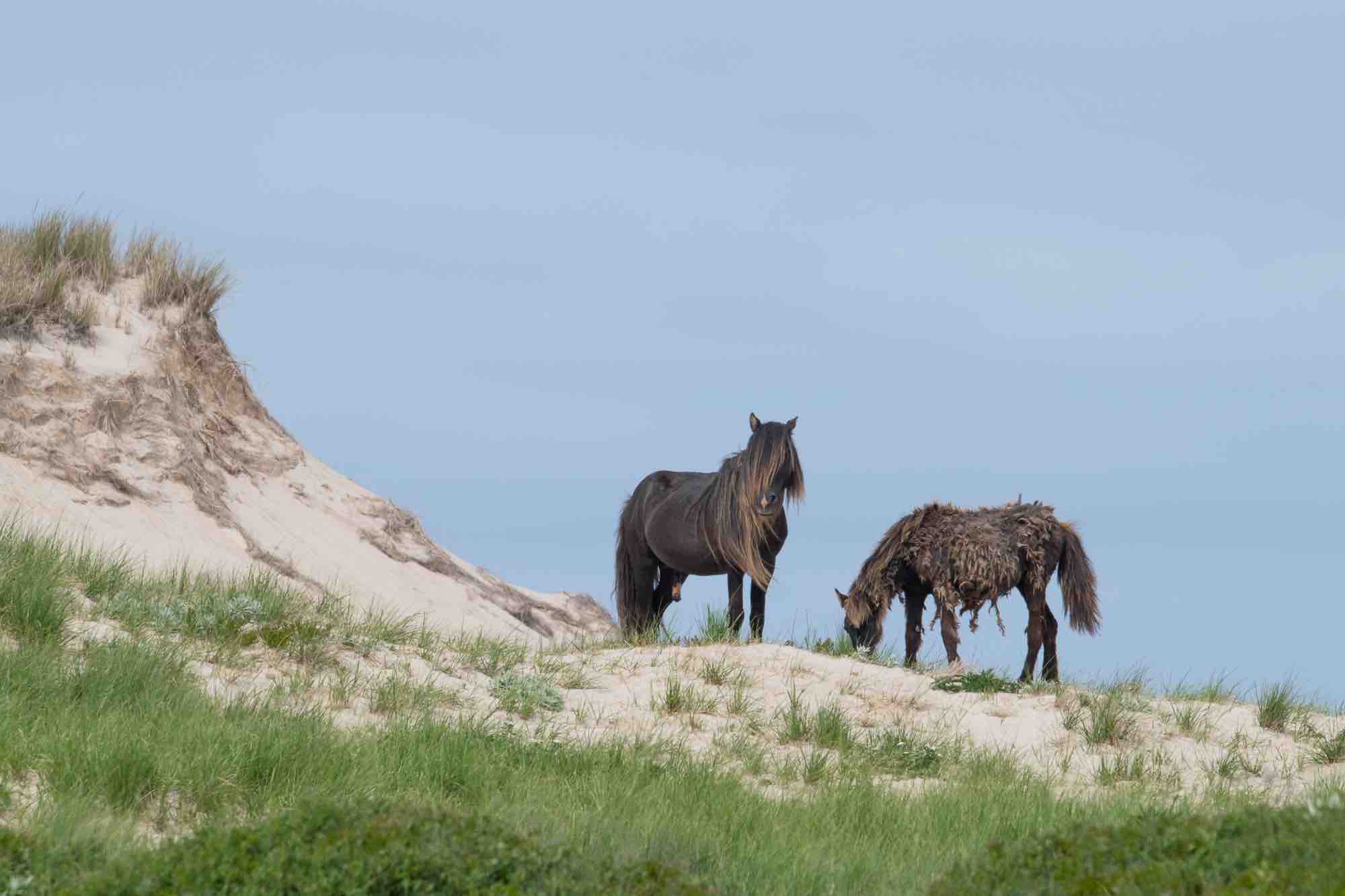 ‘Fins and Fiddles’, a Canadian Signature Experience, really lived up to its name as guests travelled alongside famed Canadian Celtic band, the Barra MacNeils. To the pleasure of everyone on board, the group performed daily both on the ship and on the sandy shores of the Atlantic coast. Encouraging guests to join them on stage, many passengers excitedly performed along with the group at a traditional Maritime ‘kitchen party’. 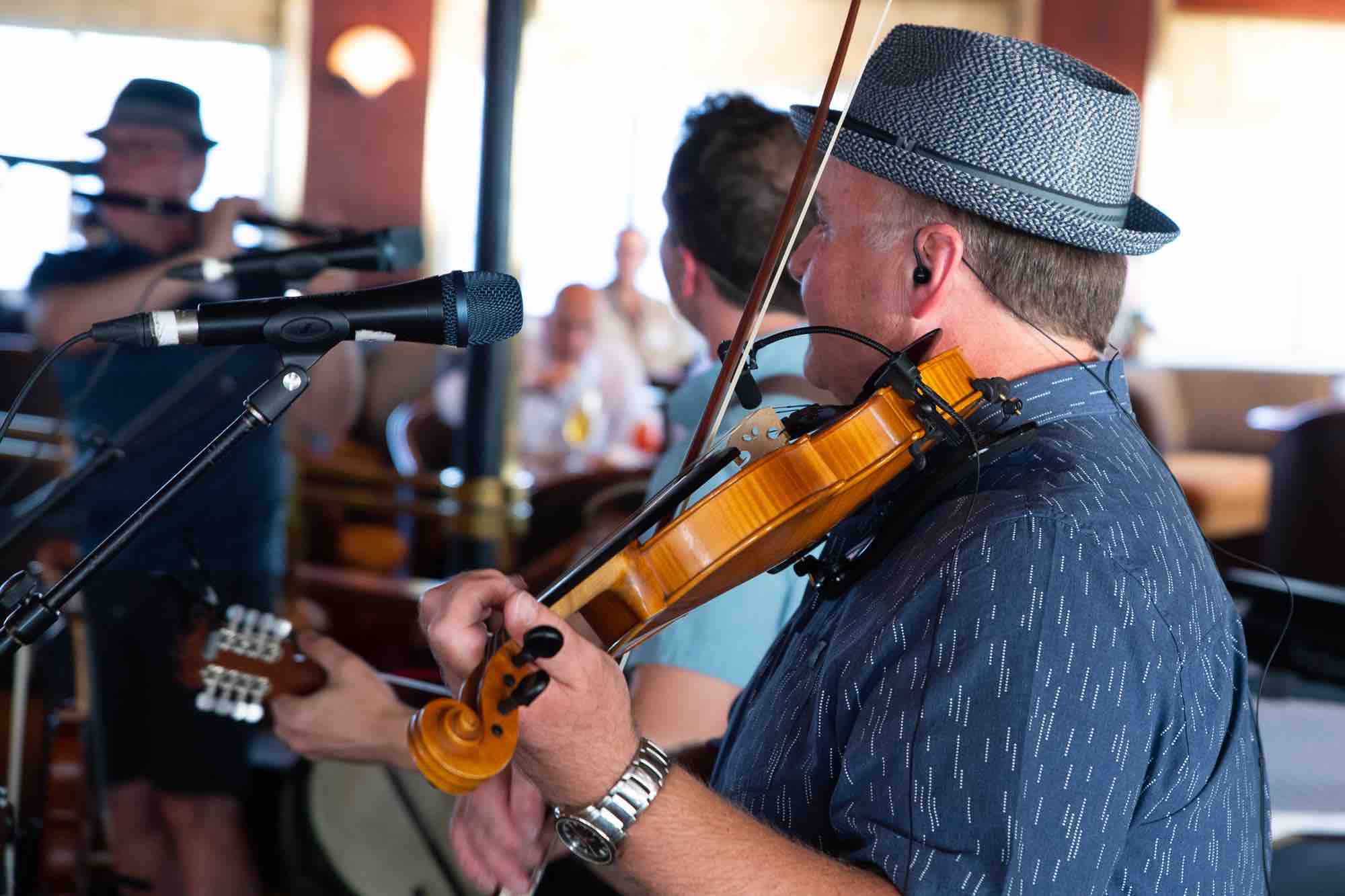 Also travelling on the voyage were winners of this year’s CanGeo Challenge, a yearly event that sees thousands of students compete in a test of geographic knowledge. Each of the five student finalists received the opportunity to experience Canadian Geography first-hand.

A visit to Saint-Pierre et Miquelon, a small group of French islands wowed the guests, as did an adventure to kayak to waterfalls at Anticosti Island. A zodiac cruise to recognizable Percé Rock and a wide variety of other activities including hiking, cycling, sea kayaking and stand-up paddleboarding ensured every guest had the opportunity to experience the unique beauty and welcoming culture of the Maritimes. 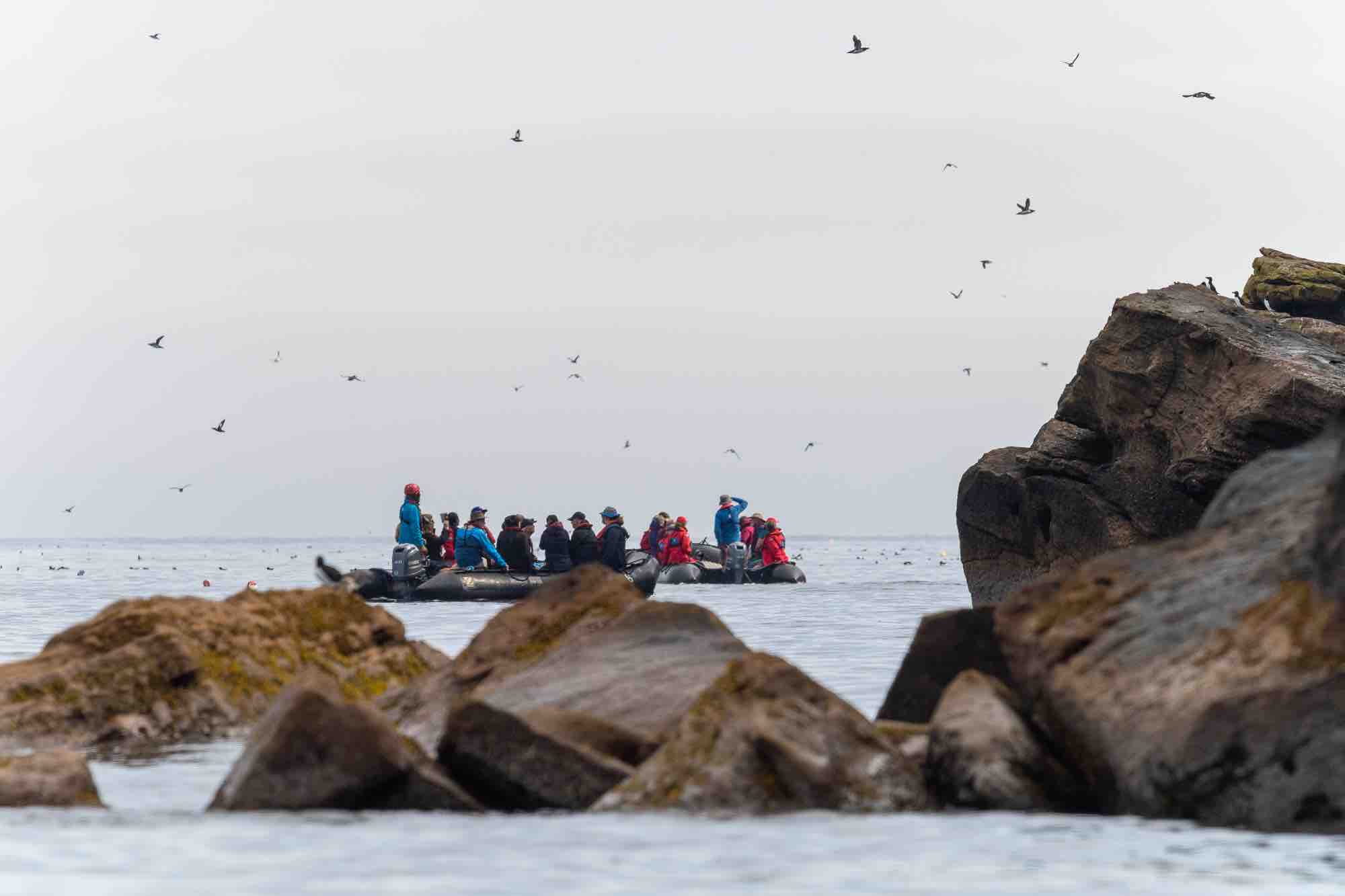 Renowned social anthropologist Wade Davis was welcomed onboard the ‘Labrador and Torngats Explorer’ voyage, delivering an exceptional educational experience for guests. An author, filmmaker, lecturer, National Geographic Explorer and Fellow of the Royal Canadian Geographical Society, Wade shared his unparalleled knowledge alongside our onboard experts.

At the Tablelands in Gros Morne National Park, guests encountered the earth’s mantle, normally found far below the earth’s crust. A visit to L’Anse Aux Meadows – National Historic Site of Canada and UNESCO World Heritage Site – provided insight to the first European landing of the new world over 1,000 years ago. 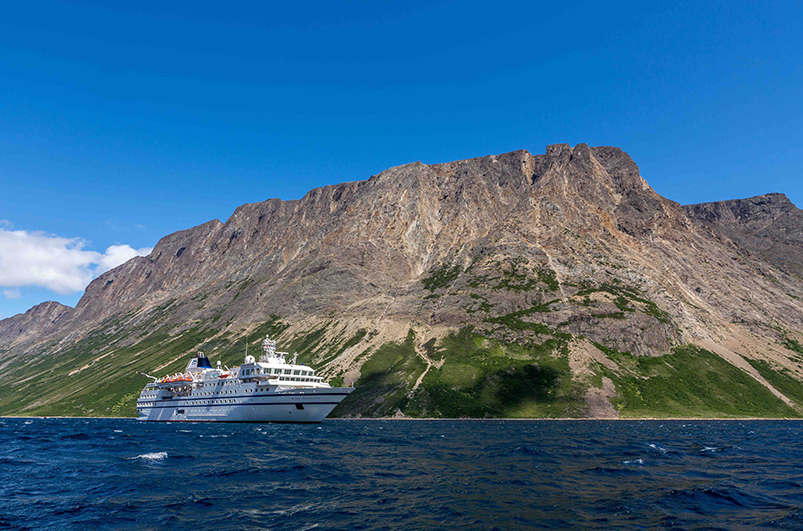 The RCGS Resolute in the Torngat Mountains. Photo Courtesy of Adeline Heymann

The journey continued north, where the first iceberg was spotted by guests, followed by a visit to the breath-taking Torngat Mountains National Park, known for its jagged peaks and glacier-carved fjords. RCGS Resolute’s journey along the Atlantic coast concluded as she entered Arctic waters for the first time, with a vibrant sunset and plenty of icebergs.

If Canada’s East Coast’s rich culture and history appeals to you and you are interested in joining us on an expedition, please contact your preferred travel agent or contact our sales team directly HERE.