We are delighted to announce that the hugely popular and talented Cape Breton-based family group, The Barra MacNeils, will be joining guests onboard our ‘Fins & Fiddles‘ voyage on Canada’s East Coast this July 10th – 20th, 2019. Celtic music plays a big part in this Canadian Signature Experience trip and for 10 nights, RCGS Resolute will host the ultimate kitchen party.

Who are The Barra MacNeils?

The Barra MacNeils are a family group of siblings from Cape Breton, widely regarded as one of the greatest live concert acts in the Celtic world. Hailing from Sydney Mines, Cape Breton Island, Nova Scotia, the family group is deeply rooted in Celtic music, culture, dance, language and history. Their numerous critically acclaimed recordings have included their own original songs, as well as tried and true standards, both instrumental and vocal.

Who are the members of the band? 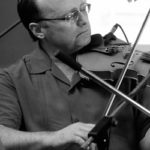 A founding member of the Barra MacNeils, music has been a focal point in Kyle’s life for as long as he can remember. Kyle started playing the guitar at age seven and soon after switched to violin, on which he was classically trained at Mount Allison University. The pinnacle of his impressive musical career includes sharing the stage with international superstar Celine Dion when the Barra MacNeils opened her sell-out “The Colour of My Love” tour. 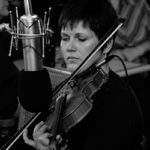 The only girl in a family of five boys, Lucy MacNeil is often described as the heart of The Barra MacNeils. Lucy’s own musical journey officially began when she was 9 years old, but even before that, she was step-dancing alongside her mother, a well-known local dancer and teacher.

A founding member of The Barra MacNeils, Sheumas studied pipe organ at Mount Allison University. Sheumas was 8 years old when he first began to play, and now cites performing on stage at local concerts with his son, daughter and brother Kyle as one of his career highlights. 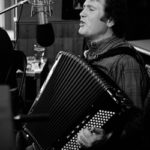 When Stewart was six years old he got a harmonica for Christmas. By dinnertime, he could play “These Are My Mountains”! With brothers Sheumas and Kyle, he started playing at local parish concerts. Stewart evolved into a multi-instrumentalist, vocalist, composer of songs, lyrics and tunes, arranger and dancer and continues to explore creativity and art through the 25 years plus career of the Barra MacNeils. 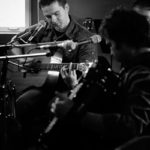 The youngest sibling in this musical family, Boyd is separated in age from the eldest by 20 years. He received his first violin lesson at the age of four, and four short years later made his performing debut at a local Remembrance Day ceremony. In his mid-teens, Boyd and his brother Ryan were special guests in the odd concert with the already established quartet, The Barra MacNeils; officially joining the group in 2005.

The Barra MacNeils live concert experience brings so much more to the stage than most live acts ever can. Multiple lead vocalists, beautiful sibling harmonies, top drawer instrumental prowess on a wide variety of acoustic, string, percussion and wind instruments blended with dancing, storytelling, Gaelic songs and a journey through an ancient culture; it is family entertainment at its highest level.

Steeped in Cape Breton tradition with strong Celtic roots and musical artistry, this diverse and talented family group continues to wow audiences around the world with their captivating vocals, harmonies and extraordinary musicianship.

To travel onboard with The Barra MacNeils, please contact your preferred agent, or get in touch with one of our sales team here.